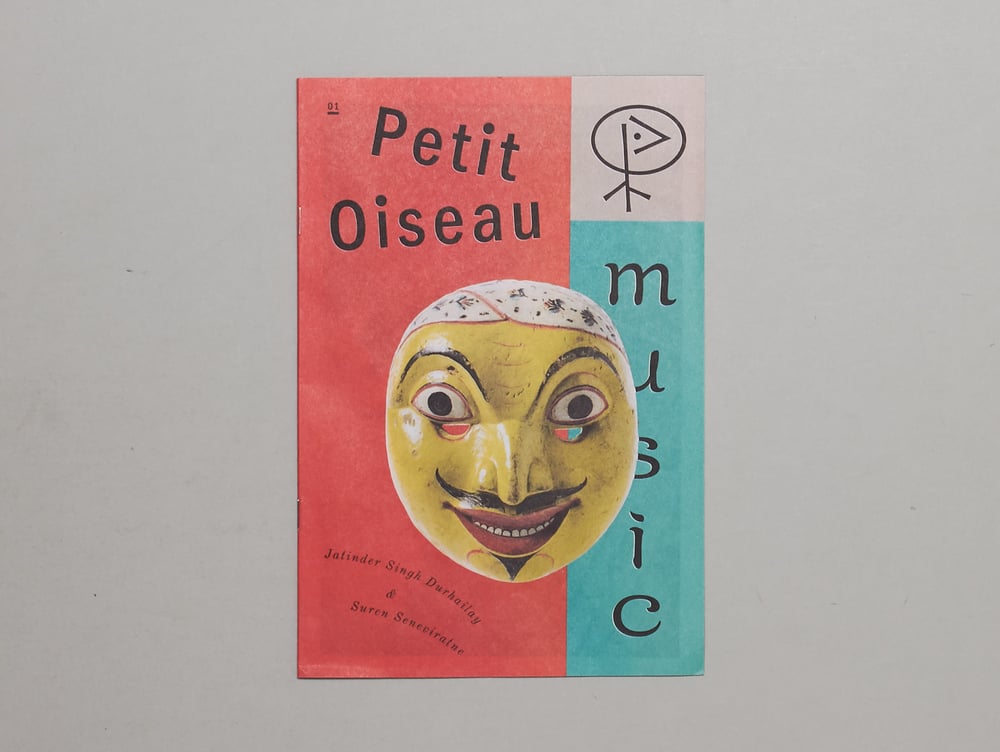 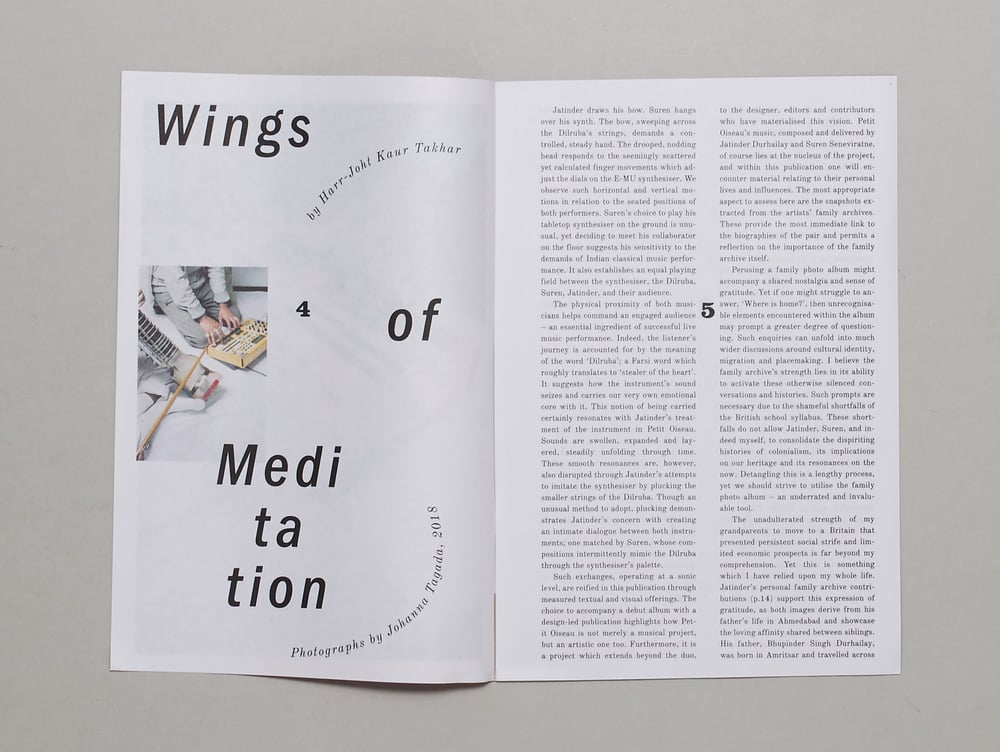 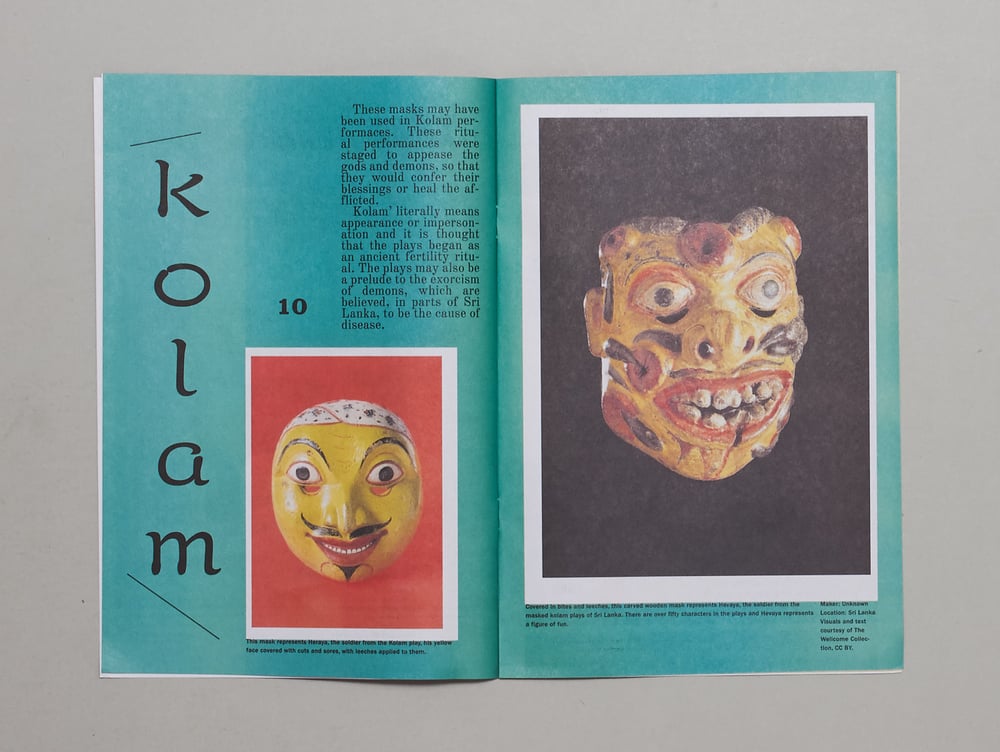 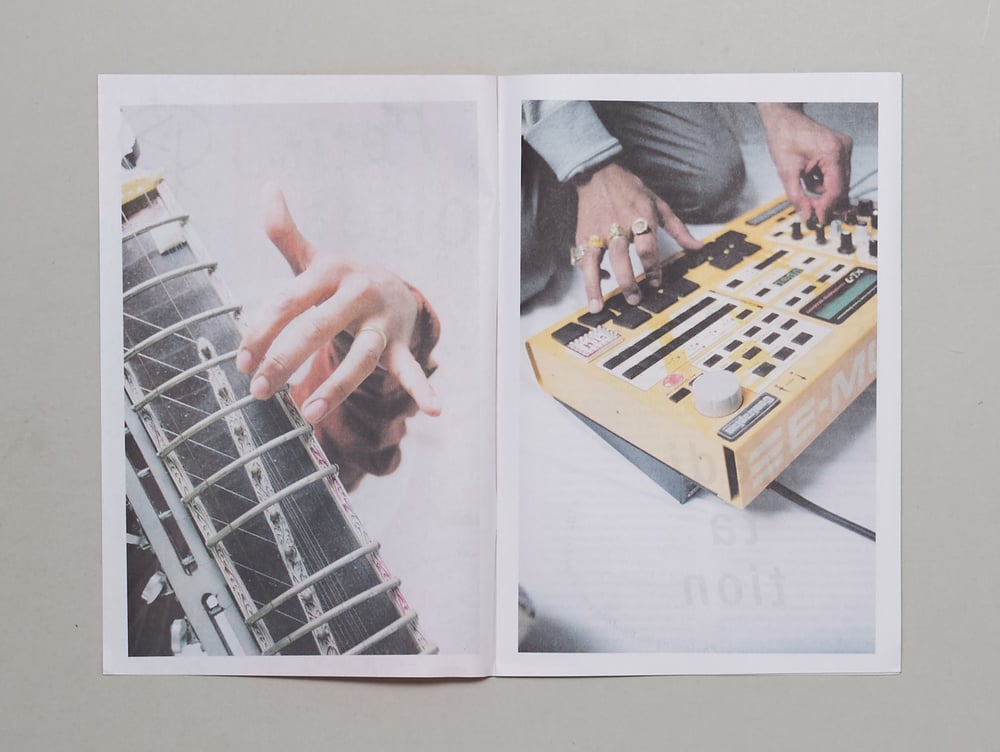 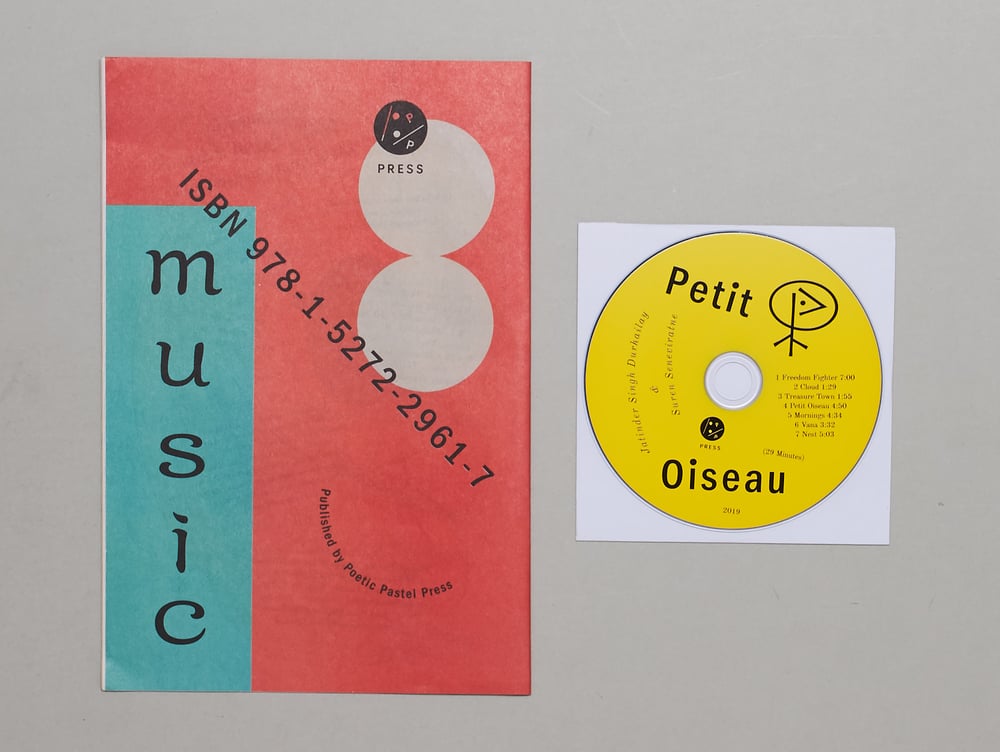 Edited by Johanna Tagada Hoffbeck, designed by 75W Studio.
Including an essay by Harr-Joht Kaur Takhar and the participation of Sarah Gissinger.
Published by Poetic Pastel Press. Limited edition of 500 copies, including a CD. Packed in biodegradable clear cases.

“ Sounds are swollen, expanded and layered, steadily unfolding through time. However, these smooth resonances are also disrupted through Jatinder’s attempts to imitate the synthesiser by plucking the smaller strings of the dilruba. Though an unusual method to adopt, plucking demonstrates Jatinder’s concern to create intimate dialogues between both instruments. This is also matched by Suren, who at points attempts to mimic the dilruba using the synthesiser’s palette.

Such exchanges, occurring at a sonic level, are made visible in this publication through measured textual and visual offerings. The choice to accompany their debut album with a design-led publication highlights how Petit Oiseau isn’t merely a musical project, but an artistic one too. “ Harr-Joht Kaur Takhar

After their 2012 inaugural performance at Tate Modern The Tanks, the duo Jatinder Singh Durhailay and Suren Seneviratne returns to its fruitful collaboration with a new experimental and sonic musical endeavour titled Petit Oiseau. The duo has in 2019 performed in venues including the V&A Museum and The Design Museum London. The project brings together rare classical Indian string instruments played by Durhailay known as the Dilruba and the Taus, unusually combined with Seneviratne’s interests in alternate tunings and numerology through custom patches built on a E- MU Command Station digital synthesiser.

Printed in the United Kingdom in October 2019.

Sold out
LAST COPIES Johanna Tagada Hoffbeck - Work The Soul Must Have
£50.00